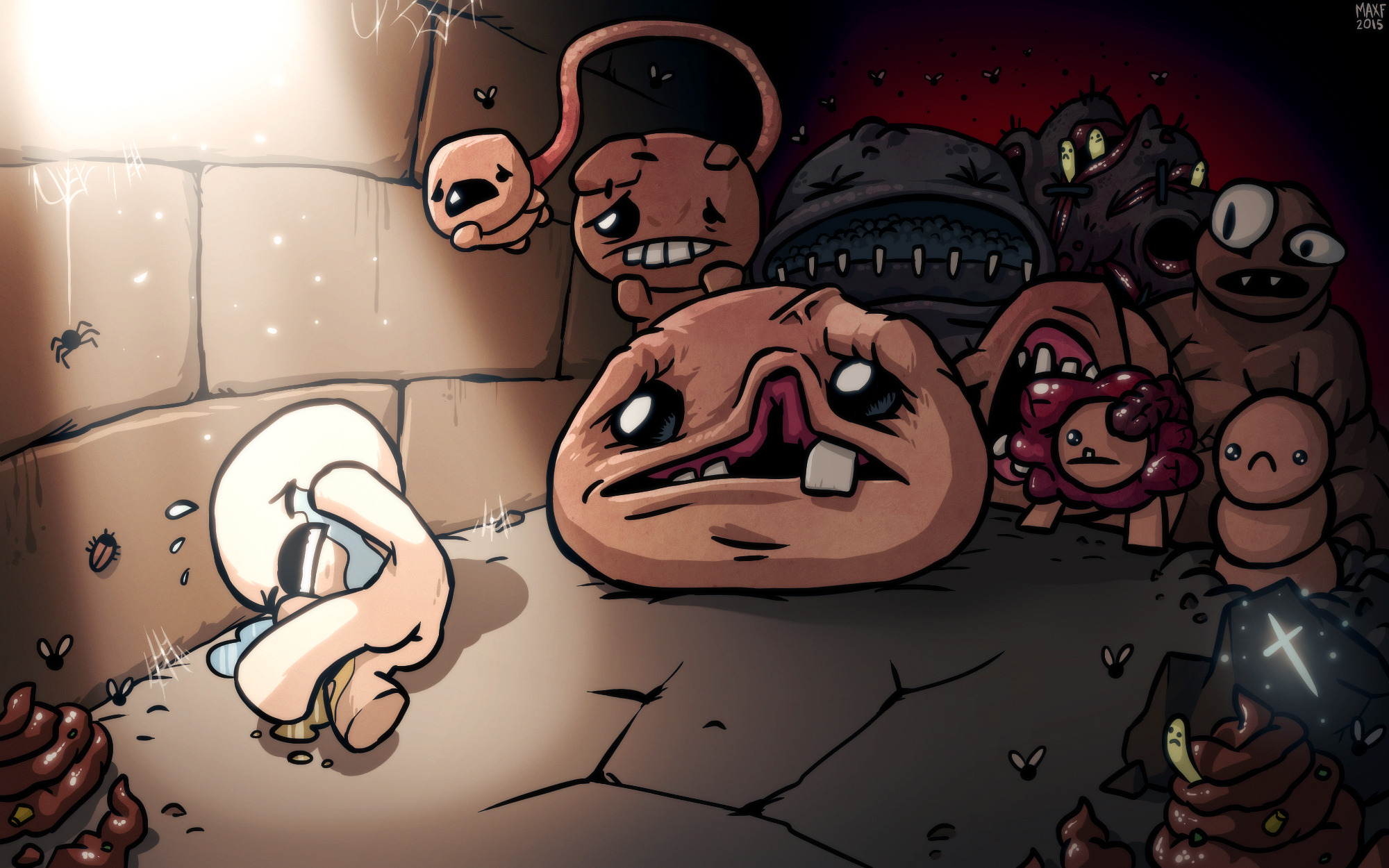 At long last, Isaac’s nightmare is at a close…
Source: Steam Community

You’d think that with my history of gushing about the greatness of The Binding of Isaac: Rebirth that I would have written a think piece on its final DLC, Afterbirth +, long ago. But, I wanted to get a feel for the game before I actually sat down to pontificate on it. It was a good thing I did that too because this game gave me a lot to think about.

Anyone who has played the game (or has just read the title and knows their bible stories) can tell you that Christianity is a running theme of the story. But, very few people discuss TBoI‘s associations to Satanism. Of course, one can infer that a story that praises or decries Christianity will likely be touching on Satanism by virtue of how the two are linked. But after doing some light research, I was shocked to see just how much there was to unpack.

First things first, I want to make it clear that this article takes NO OFFICIAL STANCE on either Christianity or Satanism as the superior moral practice. This is purely about comparing the two philosophies and putting them into a modern, progressive context so that everyone of any religious or non-religious background can benefit from it.

Secondly, I’d like to give a huge shout out to horror movie critic and open-practicing Satanist Jack ‘Count Jackula’ Shen for informing a lot of the research I did for this article – especially his semi-in-character rant on why he chose to convert to Satanism and his thoughtful debate on applying Satanic philosophy to social media. Even if you don’t buy into his beliefs, he’s still a funny and insightful man that I’ve supported for some time (you can actually see my name at the top of his credit rolls in his movie reviews from when I helped fund his new editing rig). I also wish to apologize to Jackula in advance if I’ve misinterpreted anything I may have gleaned from his discussions.

Getting back to TBoI, this new DLC gave us a pair of new main story endings that tie together with the previous endings and share a common theme; Isaac is found dead in his toy chest but is soon seen again walking through an empty field resembling the hills overlooking his house.

Another theme that pervades the game is Isaac’s guilt. Not only has he grown up in a VERY strict Christian household that reinforces the idea that he is evil and shames him for his sins, but the scenes that unfold suggest that he’s also from a broken home without a father and that he blames himself for his parent’s divorce. This guilt (or ‘sin’ if you will) manifests as a shadowy devil-like figure that lives inside Isaac and that he routinely becomes.

This is the core belief that both Christianity and Satanism share; all people, regardless of faith or lifestyle, are inherently flawed and ‘sinful’. The difference is that while Christianity believes that morality is to repress sinful nature and shame those who fail to do so, Satanism believes morality is to accept one’s sins as normal so that one can focus on doing right by themselves before moving on to others.

I propose the following; Isaac’s death is not a literal death. Rather, it’s the death of his ego. He’s finally grown up, come to terms with his ‘sinful’ flaws, and is ready to form a new, healthy moral code of his own rather than adopting the one he’s been force fed by family and a millennia old fable that, admittedly, is overdue for re-examination.

In short, Isaac has finally learned a lesson that is so often overlooked in both devout and non-religious lifestyles: Moral Relativism.

Now, am I preaching the virtues of Satanism over those of Christianity? Absolutely not. Firstly, Satanism eschews the idea of virtue by its definition (remember, it’s all about EMBRACING sin instead of repressing it). And secondly, I’m far too much of a free-thinking skeptic to accept any religious ideology entirely.

That said I do believe that good ideas can come from all religion; even one that embraces a figure that many consider the embodiment of evil (I guess that would make me a bit of an Agnostic Omnitheist, but I’m not one to care for labels). And I have to admit that the idea that we are all damned souls no matter what, while pessimistic, takes the painful edge off of our failures.

We can’t always be good people; it’s impossible. Eventually, you’ll be forced to do something that some will call ‘evil’ for the sake of yourself or another or that will make you question your own morality. However, you can always strive to be the best you can reasonably expect and not let yourself be deterred by your missteps.

You can’t be a good person. However, either by the virtues of God or by the sins of The Devil, you can be a decent one.