I’ve spent a few articles celebrating YouTube channel that were a lot of fun and/or added to society in some small measure. But, I feel like it’s time to show some love to other social media giants.

In all honesty, I have difficulty with Twitter. Its brand of ‘micro-blogging’ isn’t conducive to the ramblings of a long-winded so-and-so like me. That said, I still make use of it to keep up to date on happenings and goings-on. But, in my searches, I’ve found a few feeds that were genuinely good on their own merits. Such as… 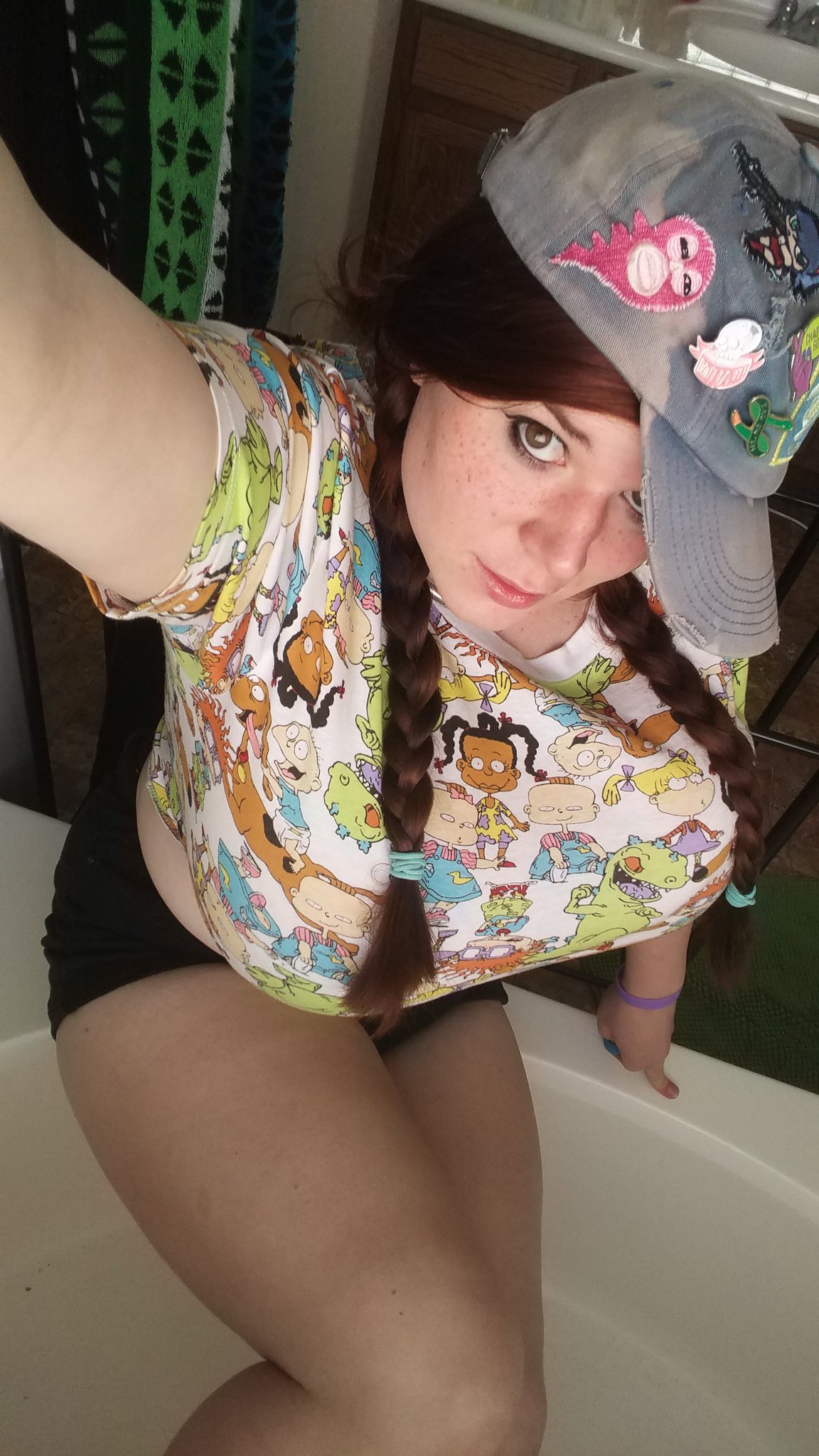 I pray I look this good one day…
Source: @Penny_Underbust on Twitter

Let’s start by talking about my favorite chubby cyborg (her words, not mine).

As a recently out-and-proud transwoman, I’ve been eager to look for positive female figures to add to my life – particularly where body positivity is involved. And Penny Underbust is all about making your body what YOU want it to be and being happy with it.

As her online moniker implies, Penny’s defining trait is her rather ample bosom. And while breast augmentation isn’t quite one to one with HRT and bottom surgery, she very clearly understands the need to feel comfortable in your own skin; a need that she’s turned into a modestly successful career as a Youtuber and cosplay model who reviews clothing, plays ukelele, provides makeup tutorials, and generally spreads good vibes to all including transgender and non-binary people – “gender rebels,” as she lovingly refers to us as.

If you have an eye for fashion or just need some positivity in your life, I highly recommend following her on Twitter and YouTube and consider supporting her on Patreon. 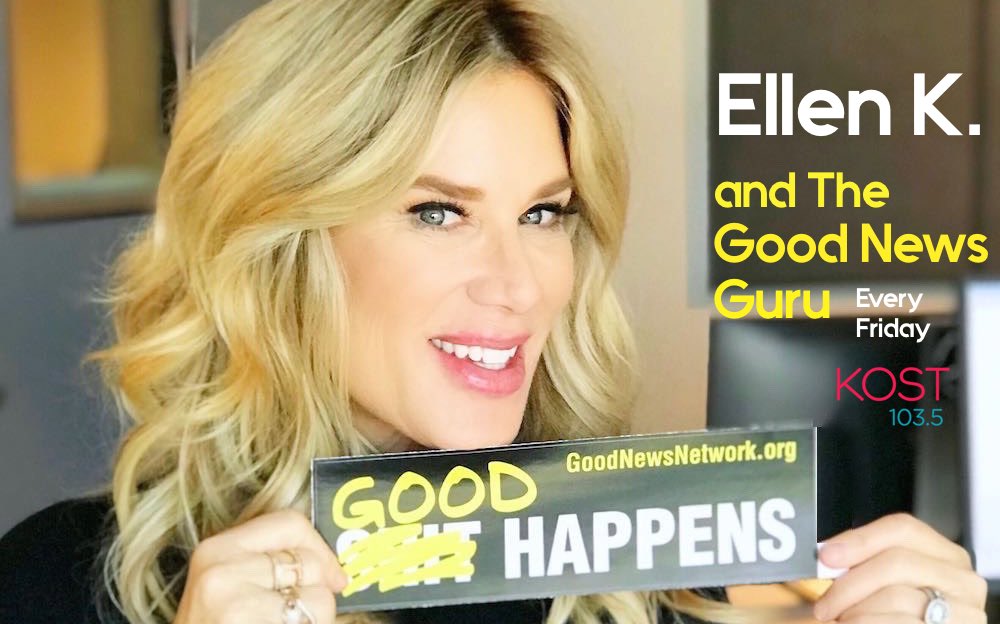 Well, the other thing happens too, but THIS is something we can actually CHOOSE for ourselves.
Source: @goodnewsnetwork on Twitter

Anyone that has followed me on Facebook or Twitter knows that I try to start the weekend off right by proliferating the hashtag #GoodNewsFriday; my campaign to remind the world that there is good to be had in the absurdity of life. And these folks are my primary source.

The Good News Network, GNN for short, is dedicated to tracking down and reporting on people that are trying to make life just a little more pleasant for all of us. They do this through Twitter, on their website, and on their podcast. Think Buzzfeed, but less up its own tailpipe and more reliable.

There really isn’t much else to say; it’s a reputable news source that encourages people to do good in the world. What more do you want?

This right here… THIS is art…

For those not in the know, a “Twitter Bot” is a kind of software that is scripted to perform certain actions on Twitter. Most of the time, it’s something annoying or outright malicious like tagging everyone that uses a certain word in a tweet to send them links to buy a useless book. But some people have begun to use Twitter Bots to create auto-generated art.

Such is the example set by Pentametron, a Twitter Bot programmed to seek out and retweet other peoples tweets in pairs that just so happen to form naturally occurring, rhyming verses of Iambic Pentameter – the style William Shakespeare was famous for using.

This is essentially a high-tech fusion of the style of Shakespeare combined with one of my favorite literary styles; the “Cut-up technique” popularized by beat poet legend William S. Burroughs in which text is scrambled and rearranged to create new works.

It’s a pleasant reminder of how art sometimes occurs by total accident and that we just need to stop and appreciate it some times.

It can all be a little overwhelming at times, can’t it.
Source: CaptureYourInfo.com

So, there’s been a lot of crappy news coming down the pipelines lately and 2017 looks set to go down in history books as, “The Age of Excrement: The Year Everything Went To S***.” It’s become so bad that I had to take last week off from writing to recover from sensory overload and was giving real consideration to giving up entirely.

That is to say, I was until I went to work that night and explained my plight to a co-worker. To wit, she responded with, “I don’t ever bother listening to news ever.”

It was then that I learned something about myself that I never knew about myself; I am legitimately disgusted when people say they don’t listen to the news.

I mean, REALLY? How do you function in society if you don’t have a clue what’s going on in the world? How do you contribute to improving your city, your state, your country, and your planet if you don’t know where and what the problems are?

Look, I get it; the constant stream of news media is overwhelming. You occasionally need to remove yourself from the chaos and politics so you can just be you and live your life. That’s LITERALLY the definition of a ‘Safe Space.’ But, if you actually want any of those problems to improve, you have to step out of the safe space and engage with news and politics to fight for a better world.

And if your issue is that, “so many media outlets lie, I can’t trust any of them,” then, sad to say, the problem isn’t just the media; it’s you.

The amount of information available to us in an Information Age society requires each of us to do a little legwork to filter out misinformation and fluff stories. And while I like to believe were getting better about it, the simple fact is that some of us could stand to be more critical of what we read, hear, and watch.

It’s actually surprisingly easy to fact check news stories; so much so that it’s kind of insulting when independent comedy news sources like Nash Bozard at Radio Dead Air are better at it than the big budget ones playing it straight. Here, I’ll speed through some of the easiest ways to smell bulls*** from a mile away.

Look at the URL: Most credible news sources have a .com or .org address to their names. Anyone else is likely not a professional news source and should be questioned. It’s also worth noting that us WordPress bloggers can be equally dubious. Hence why I make it clear that this is an Opinion/Editorial blog dedicated to my personal reflections on the world and not proper news.

Judge the Headline: How much do you learn from the headline alone? Is it more interested in trying to shock you than inform you? If so, best to overlook it. They just want your attention because it gives them money. Don’t even share it with your friends as that will just spread the plague.

Know your satire from your news: The Onion, Buzzfeed, Cracked and similar sources are good for laughs; that’s what they specialize in. But, They aren’t actual news. They can occasionally lead to better information, but should never be your primary source.

Follow their sources: News sites will often link to or cite other news sources for their information. If they trace back to a questionable source like shown above or all cite the exact same article, they may just be the victim of a viral meme that damages their credibility.

Compare and contrast multiple sources: Most sources have a political leaning that skews facts in their favor. By putting them up against each other, you can identify the ‘he said/she said’ garbage easier.

Do your own research: My parents freaked out then they saw a video of soda supposedly reacting to the same kind of hydrochloric acid found in our stomachs. That is until I pointed them in the right direction and explained that a reaction that generates enough heat to create smoke would kill you if the volatile nature of the acid didn’t off you from birth. It was obviously a classic Sulfuric Acid/Sugar reaction made goopy by the water in the Cola. The hell of it is that I found this out via a light Google search for ‘Cola Stomach Acid.’

Stop the spread of false information: In addition to not sharing bogus stories, some social media networks have the option to report fake claims trying to pass themselves off as legitimate news.

So I beseech you, don’t just switch off the news. Be more critical and call bulls*** on bad journalism while learning from the real reporters. That way, we can be properly informed enough to make this place a comfortable place to live.