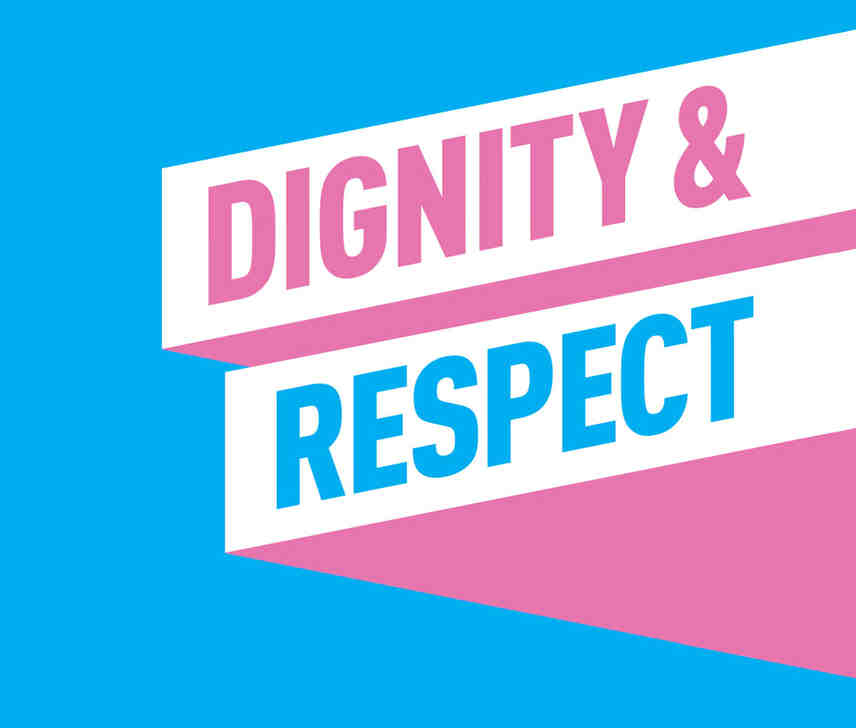 Is that really so hard to give? It’s not exactly a finite resource, you know?
Source: ACLU

So… Trans rights and politics are back in the spotlight again…

It would have been bad enough that our resident Fuqboi-In-Chief (yes, I’m done being respectful towards Donald Trump) wants to bring back the military ban on transgender service men and women. But, on a personal level, it gets worse.

I’ve worked with trans people almost all of my adult life. They’ve been my friends throughout college. They’re fellow writers and thinkers. They’re both my co-workers and my customers at my current job.

So, when not one, but TWO of my co-workers start making snide comments about trans customers behind their backs as they leave – one of whom didn’t even have the basic human decency to avoid using the words ‘f*g’ and ‘tranny’ – on top of all of the political falderal we’re experiencing, you can expect me to start getting a little nettled.

To make matters worse, I couldn’t say anything to them. I can actually get fired for getting into politics and social issues with people on the job because it makes for a ‘hostile work environment.’ I mean, you think the abuse and misuse of ‘safe spaces’ on campus are bad (well, they are, but that’s a different rant for another day)? You’ve clearly never had to share a work space with a bunch of unquestioning, bigoted, cretins before.

So, all I could do at those times was give them the evil eye to tell them to stop (one of the advantages of being a six-foot-four, 250 pound, Scotish-American is that’s usually all it takes to shut someone up). But, intimidation doesn’t address the core issue; they were still thinking based on irrational fear, hate, superstition, or whatever justification caused them to think it was okay to blurt out cruel words.

But, one of the perks of being a blogger is that I can posit my counter-argument in a public forum and, as long as I don’t name exact people and places, there will be no negative repercussions from me exercising my right to free speech. In fact, I can counter just about everything they throw at me with one question: …

This is a question I insist that everyone ask themselves before seriously attempting to defend their beliefs because if you don’t have a decent reason to fight in a debate, you’ve already lost.

And wouldn’t you know it, I haven’t heard a good answer to that question from anyone against transgender rights yet.

“But it’s unnatural.” Yeah? So’s 98 percent of everything you use, wear, and eat. Humans are MASTERS at altering the world and themselves to suit their individual needs. If transgender people are wrong because they’re ‘unnatural,’ then you need to give up the synthetic fabrics that make up most of your clothing, the processed food you eat, the products made from selectively bred plants and animals, the metal tools made from alloys that don’t occur in nature, literally EVERYTHING made from plastic, etc.

“Aren’t there health risks involved in the transition?” Yes, there are and I award you points for your genuine concern. But it seems hypocritical that you would be against one human activity with known risks that can be screened and treated when far more dangerous activities like smoking and drinking get a pass… Unless you’re one of those folks that want to ban alcohol and tobacco too which didn’t go well the first time we did it. My point is that people have the freedom to experiment with their own bodies for better or worse. As long as it’s not your body, it’s not your problem.

“But my religion says…” STOP. Your religion is likely TENS OF THOUSANDS of years old. It dates back to the days of a much more limited understanding of how the universe works and enforces archaic laws that just don’t work anymore. You wouldn’t want your child going to school with outdated text books. So why are you using one as the basis of your life?

“I have no problem with trans people. I just wish they weren’t so obvious about it.” Well, I wish that your noxious breath and toothless smile from years of smoking weren’t so obvious, but I still ignore it and treat you like a human being, don’t I (Seriously, both of these people were terrible tobacco abusers and obviously didn’t care for themselves)? Some people just look the way they do. They either don’t want to change or lack the time and resources to change themselves at the moment. The point is that they’re still human and, until and unless they treat you like crap, deserve your consideration.

You see, I have a very simple philosophy: if you aren’t bothering me or anyone I love, I won’t bother you. And on average, the trans-community either leaves me and my kin be or works well with us. What’s more, there’s nothing inherent about being transgender that harms us – meaning any issues I have with trans-people are on an individual, case-by-case basis and not endemic of the whole community.

In short, unless you have irrefutable evidence that the trans-community is planning a global uprising and we are all in grave danger, your argument against them is probably bulls*** and you should just relax; you can be safe in the knowledge that the world isn’t ending just because you have to share it with people that you don’t quite understand.