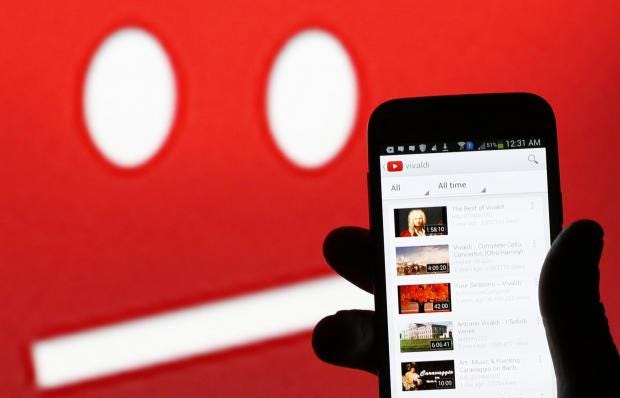 “This video is restricted because some people can’t handle a mature critical discussion on some topics. Sorry about that.”
Source: The Independent

What is this; the third – maybe fourth time I’ve had to weigh in on a YouTube policy change? You guys could circumvent a lot of this bulls*** if you just gave us some details before you made the change.

Anyway, for those of you not keeping up with the new media, YouTube recently went live with a new ‘Restricted Mode’ feature that had some, shall we call it, unforeseen effects.

The goal of Restricted Mode is to give viewers the option to hide content that some may deem as questionable such as violence, profanity or sexual situations. And believe it or not, I totally understand why they would want to do this.

Let’s not forget, YouTube is a business first and foremost. Their first priority is to placate their advertisers, shareholders, and viewers. So, anything that might be counter-intuitive to an advertiser/viewer’s interests – say having their ad for a new children’s movie just before a video of a particularly foul-mouthed Let’s Player who uses f-bombs like vocal punctuation or having their five-year-old stumble upon the same – might scare them away.

But, the problem arises from what kind of content gets blocked when Restricted Mode is active; namely people weighing in on LGBT politics. Most of them are not even talking about gay sex, mind you; They’re just chiming in on the politics of queer culture.

I think the problem is pretty obvious and it’s a problem that asexuals like myself encounter routinely – people conflating relationships with sex. YouTube saw the phrase ‘LGBT’ show up and just ASSUMED it was about sex without actually checking the content. I assure you, talking about romance or being in love doesn’t AUTOMATICLY imply someone is bumping uglies and we need to stop think like it does.

Of course, this wave of (very likely) accidental anti-LGBT censorship is endemic of a bigger problem that I have with YouTube’s Restricted Mode and censorship in general. Simply put, I’m against censorship because is restricts discourse from both sides of a debate and thereby halts social progress. It’s a pretty simple chain of logic to follow; if neither side is allowed to talk about something, how can they debate it in order to solve any problems with it?

It’s for this reason that I support YouTubers like Count Jackula who dedicate regular live-streams to debates with fans and fellow creators or Armored Skeptic who often makes debunking videos pointing out logical fallacies in other people’s arguments. Yes, things often get very heated, people will get offended, and I frequently disagree with them on at least one point. But at the end of the day, they offer a perspective that made me think and that surge of critical thought is what we need more than anything else in this societal landscape.

That having been said, I can still see where YouTube is coming from in terms of business. It needs some kind of system to please the people that make them money. So, what we need is a common ground… and I think I have it.

Firstly, STOP CONFLATING RELATIONSHIPS WITH SEX. I will scream this 24/7 until I go mute from the scar tissue building up on my larynx.

Secondly, I suggest giving more control to what shows up in viewer searches by employing a sort of ‘ADVANCED Restricted Mode’ that allows the user to select what kind of content gets filtered out based on what they personally don’t want to see. It’s not ideal and those people will still be very likely to miss out on mind-expanding discussions, but it’s probably the best we can do until we can build that utopian society where people’s anuses don’t slam shut like steel security vault doors everytime they hear something that threatens their fragile reality.