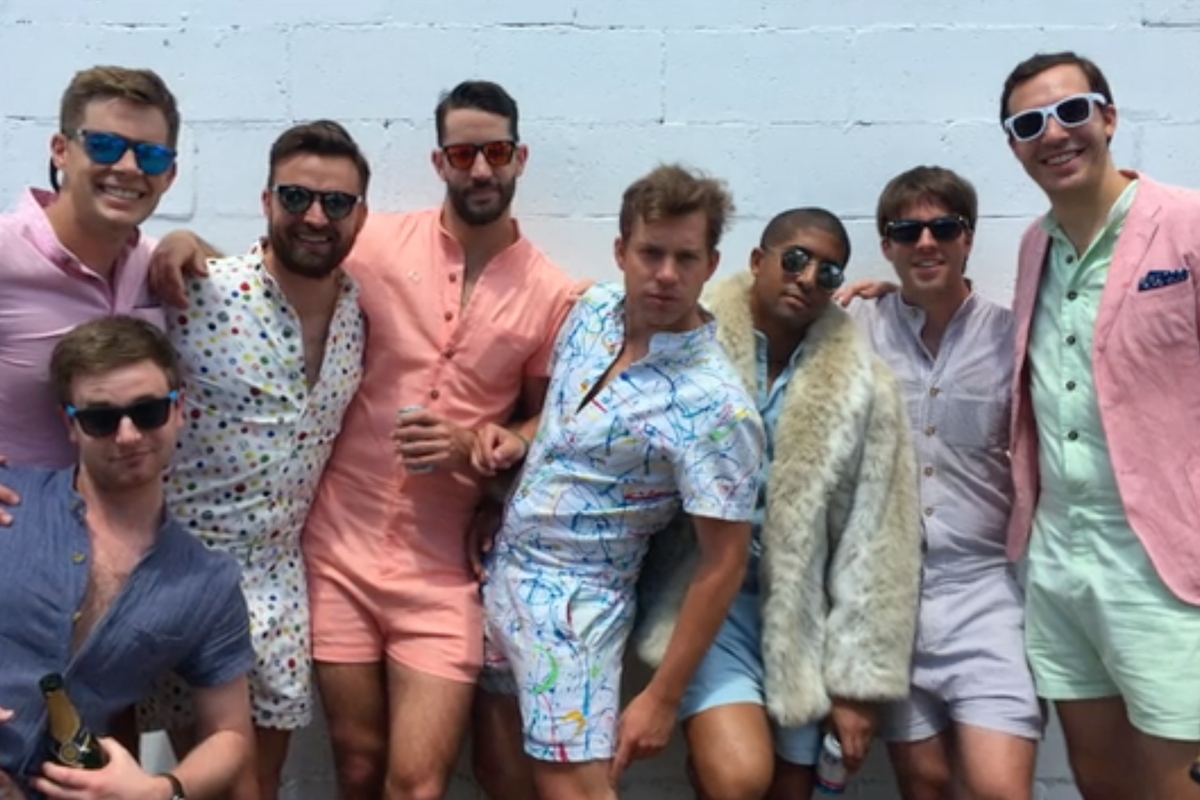 Okay, let’s make this one quick so I can get back to more important (read: ‘entertaining’) matters.

Apparently, the latest fad among us digital natives is the mainstream use by man of a piece of fashion once the exclusive domain of women. Yes, we’re talking about the romper meme.

For those who are just as fashion blind as me a mere few hours ago, rompers are, in essence, a one-piece jumpsuit that was worn primarily by women until some dude discovered that they actually do a damn good job of showing off his glutes and didn’t want to miss an opportunity to advertise that he doesn’t skip leg day at the gym.

Of course, that’s not entirely true; men have ALWAYS rocked jumpers like this. It’s just that it’s a big deal now because the speed of information via the internet makes things seem much bigger than they actually are. My earliest experience was in the 1964 movie Goldfinger when the debonair James Bond rocked a stylish, baby blue terry cloth onesie while parading about a swank resort. And I think we can all agree that if it’s good enough for Sean Connery, it’s good enough for anyone.

Look, this isn’t my first rodeo; I’ve seen this kind of thing before. Men have always come under fire for doing things that someone thought were ‘femme’ or ‘girly.’ From shaving body hair to wearing utility kilts to the use of make-up, there’s always some d-bag that can’t handle minor, easily ignored changes and dedicates themselves to making others feel bad about it. All this talk we’re hearing now is the same thing we’ve been hearing since the first millennial man realized that the hair bun was actually a convenient way of wearing long hair.

So, you got all that: It doesn’t matter if you personally think that rompers look awful because YOU DON’T HAVE TO WEAR THEM. And if you’re offended that you have to look at guys in them – TOUGH TITTY. I don’t care for them either, but I can at least respect that it’s the wearer’s call to make and their choice has no effect on me and how I live my own life.

Besides, let’s not lose sight of the REAL fashion criminals; those a-holes at Gucci that charge upwards of $600 to dress up in something that I could make for one-eighth of the price to cosplay at an anime convention.