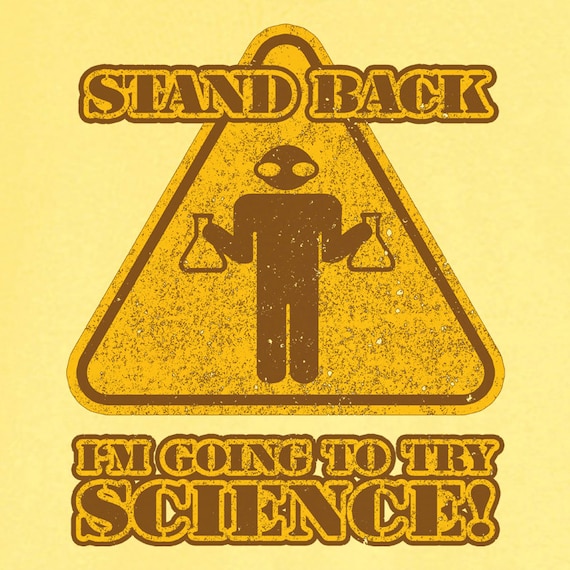 WHAT HAS SCIENCE DONE?… Besides being awesome?
Source: RogueAttire’s Etsy page

I’m always eager to learn about the new ways science and technology are helping to make the quality of life better. Unfortunately, I find that most of these discoveries are easily lost in the shuffle of our hyperactive Information Age.

As such, here are three amazing bits of better living through science that deserve to be either looked into further or implemented immediately.

In the Star Trek universe, the viewports of federation ships are made from transparent aluminum; a material far superior to its predecessor – plexiglass.

Aluminum oxynitride or transparent alumina is a powerful, lightweight ceramic made from Nitrogen, Oxygen, and Aluminum that can survive temperatures of 1200°C (2190°F), resists corrosion, is three times harder than steel, and is nearly completely clear.

Currently, people are looking at the defensive applications of Transparent Alumina as a clear armor plating for military vehicles (admittedly, the idea of your enemy watching his bullets bounce off an invisible bubble while you point and laugh is kind of amusing), but there is much more that can be done.

Transparent alumina could be used to replace laminated safety glass and plexiglass in windshields in order to build safer cars and aircraft that can better handle bird strikes. What’s more, its applications as an insulator could make for more energy efficient windows in homes and buildings thus reducing heating costs.

For years as I was growing up, the big scare was AIDS and HIV; a disease that targets the immune system making a person more vulnerable to other deadly infections. It was to me and my generation what Polio was to previous generations and what Cancer is to this generation.

Finally, there may be hope.

Studies done at the Washington University School of Medicine at St. Louis have found that melittin, a potent toxin found in bee venom can absolutely destroy HIV without harming the person being treated.

Protecting the treated individual is a big deal since the hard part in fighting AIDS has been how to kill the virus without killing the surrounding human tissue.

By infusing nanoparticles smaller than HIV with melittin, the toxin infused particles bounced harmlessly off of normal human cells while fusing with and tearing holes in the viral protein envelope of the virus.

Research is currently being done to create a topical gel to prevent the spread of HIV and, of course, a treatment to be injected into those already infected.

You may have seen this story making its rounds on the net. I even made it a feature on my #GoodNewsFriday on Facebook and Twitter.

Solar Roadways are a way to produce highly effective and easy to maintain solar panels without having to clear large expanses of land to generate energy. The interlocking hex plates are covered in tempered glass rated for the abuse they would take on the road (or maybe they could use that transparent alumina up there *nudge nudge*) and LED lights to create the necessary road markings that would be highly visible in both day and night.

Not only is it estimated that replacing all of America’s major roads with Solar Roadways could produce three times more energy than what we currently use, but the plates can be easily replaced if damaged, the programmable LEDs can be changed to adapt to – for example – the needs of a parking lot as people enter and leave, pressure switches in the plates can provide drivers with warnings of obstructions in the road, and the extra energy can be used to power heating elements that keep roads from icing over in the winter.

The creators of Solar Roadways are currently pushing an Indiegogo campaign to fund further research and development. So the next step would be to help them make their dreams happen.